Your local fireworks display won’t be the only thing lighting up your life this month if you take advantage of the sparkling July releases written by Writerspace Top Shelf authors, including:

Sweet Dreams (Bestsellers)
2-in-1 reissues of Reasonable Doubt and Without a Trace
By Catherine Anderson
Published by Harlequin
Reissued from 06/88 and 5/89
Released June 14, 2014
www.CatherineAnderson.com

To claim her inheritance, Breanna Morgan must return to Crescent Moon. She soon discovers that prowlers, vandals and unnatural noises have invaded the isolated mining claim that has long been in her family. And her new neighbor, Tyler Ross, is not the first or the last to warn her away.

When the threats become all too real and Tyler offers his support, Breanna accepts him with open arms. Until she has cause to wonder if his choice is for her benefit, or for his own….

For genealogist Sarah Montague, finding an adoptee’s natural parents is routine. But in Michael De Lorio’s case, her only lead is the nightmare that haunts him-one he suspects is a terrible childhood memory.

As Michael and Sarah delve into his past, they find danger at every turn. And their only hope for life, and love, is to rebury the past and disappear without a trace.

Scott Grant has a bustling family practice in the small Oregon community of Thunder Point. The town and its people have embraced the widowed doctor and father of two, his children are thriving, and Scott knows it’s time to move on from his loss. But as the town’s only doctor, the dating pool is limited. That is, until a stunning physician’s assistant applies for a job at his clinic.

Peyton Lacoumette considers herself entirely out of the dating scene. She’s already been burned by a man with kids, and she’s come to Thunder Point determined not to repeat past mistakes. When Scott offers her a job, at a much lower salary than she’s used to, Peyton is surprisingly eager to accept…at least for now. She’s willing to stay for a three-month trial period while she explores other options.

Scott and Peyton know the arrangement is temporary-it isn’t enough time to build a real relationship, never mind anything with lasting commitment. But love can blossom faster than you think when the timing is right, and this short visit just might hold the promise of forever.

From bestselling author Christina Dodd comes The Listener, a short story of mystery and intrigue in which misfit and computer security expert Cornelia Markum hacks into a text conversation between unidentified Virtue Falls residents … and realizes she’s stumbled into a murder plot.

Mojo’s got an uncanny knack for winning at slots, but her home sweet home is Bad-Ass Bert’s Biker Saloon. She’d love to go undercover with an irresistibly hot cop, but he’s got baggage as big as his biceps. Mojo survived a mysterious childhood tragedy, but she’s never quite figured out who she really is or how to get on with her life. Now the wisecracking Mojo is seeing ghosts–the ectoplasmic kind-and turning up baffling clues to her real identity. And she’ll need all her savvy and strange new talent to keep someone from burying her-and the truth-for keeps.

Abby Clark is sick of being treated like a child. Sure, handsome Calhoun Ballenger and his brother might have taken her in when she was just a girl, but that was a long time ago. She may be far from the worldly girlfriends Calhoun usually spent time with, but Abby is determined to win his heart. Can she make the man of her dreams realize she’s everything he’s always wanted in a woman?

Shelby Jacobs never meant to hurt Justin Ballenger when she broke their engagement-and his heart-six years before. Truth is, she loves him more than ever…and she’d had her reasons for pushing him away years ago. But with her family facing hard times, Shelby is all on her own in Jacobsville, and she leans on Justin for support. Can she help the bitter rancher finally let down the walls around his heart-and let love in?

For two years Pricilla Johnson watched John Sterling manage his cattle station, and at the tender age of eighteen she innocently surrendered her young heart to him. He was big, brash, brazen and Australian. Everyone called it infatuation, Priss knew it was love.

But Pricilla had to move on with her life. Four years of college in Hawaii provided the time and distance to transform a naive girl into a desirable, mature woman.
Returning to Australia as a certified teacher, she was ready to put John to the test. And ready or not, he was about to learn a lesson he would never forget.

The Best is Yet to Come (Men of Medicine #2)

Jet-setter Ryder had always gotten what he wanted-except for Ivy. For years, he’d waited for her, longed for her. Now she was free, and Ryder’s patience was at an end. This time, he vowed to make her irrevocably his. Given this precious second chance, could he convince sweet Ivy that the best was yet to come?

Teddi Whitehall longed to escape from her hectic life as a New York model, and a summer in the wilds of Canada with her best friend’s family sounded perfect. But arrogant rancher Kingston Devereaux seemed intent on making her feel anything but welcome.

Teddi knew King was convinced she was nothing but a glamorous playgirl. She also knew that the truth wasn’t about to change his mind. So why did she feel so alive when he was near?

Giving her heart to a man who despised her was bad enough. But why did she have to go and fall in love with her best friend’s brother?

As a successful New York interior designer, Jennifer King led a hectic, fast-paced life. So when a sudden illness cost her her job, she jumped at the chance of a working vacation at a Texas ranch.

But life with Everett Culhane, the brooding, dark-eyed owner of the Circle C Ranch, was not easy. According to him, their lives were two worlds apart. But when he took her in his arms and branded her lips with his, Jennifer knew that she must make this headstrong cowboy her own.

Only one thing stood in the way of Wynn Ascot’s marriage-her legal guardian, McCabe Foxe. The tough war correspondent returned from Central America with an injured leg-and with the force of a cannonball invaded her home, her life, and her heart.

A hard-headed journalist, Wynn was uncharacteristically devastated by the new, disturbing feelings McCabe aroused. But he was a man who made no commitments and asked for none. With Wynn it was all or nothing, and though her heart had already been captured, the surrender would have to be on her terms.

The One Man She Can’t Have

Matt Dean was born to fight . . . and kill. A member of a secret black-ops military unit, he and his brothers were genetically engineered by the government to be the perfect soldiers with an expiration date. Now, with time running out, he’s gone rogue in a relentless quest for the one person who can save them. His mission leads him to Charmed, Idaho . . . and to a beautiful woman with eyes like emeralds and a body made for pleasure.

The One Woman He Can’t Resist

Laney Jacobs knows the mysterious, handsome stranger is trouble from the moment he walks into her bar, looking for a job. She’s spent years running from her own past-the last thing she needs is a romantic entanglement. But Matt’s strong arms offer her protection and his gentle touch promises passion unlike anything she’s ever known. As lethal forces surround them, revealing explosive secrets about Matt’s past and putting everything-and everyone-he holds dear in danger, can he save them all before time runs out? 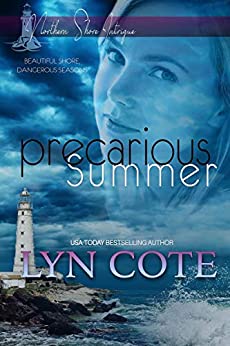