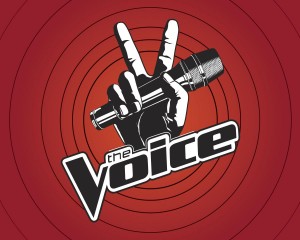 As a result, I’ve become a major fan of this year’s The Voice.

Although I’ve watched it since its debut, this has become my absolute favorite season yet. As I mentioned in another post a few weeks back, I’ve been amazed at the likeability of Gwen Stefani and Pharrell Williams.

They’re so nice, both of them. Pharrell especially has such a gentle, seemingly kind spirit.

So, if you know any stories about him doing something awful or being a real jerk, please keep them to yourself.

I absolutely, positively don’t want to know. This is one delusion I’d like to treasure for years to come.

But more than just being nice, Gwen and Pharrell have also both been extremely successful at bringing out the best in their contestants. Pharrell was smart enough to bring in Alicia Keys as his guest coach and it appears from the videos of their coaching sessions that some of her suggestions have resulted in a number of Team Pharrell’s members becoming about ten times better as a result. And he’s made a major impact on the delivery and approach of several contestants as well.

It’s been downright inspirational to watch and a joy to hear.

In fact, all of the music has seemed better than ever this season.

The icing on the top: all four judges have great rapport and interaction with each other. They all make me smile, separately and together. So, as you can no doubt tell, I love this season’s The Voice and look forward to watching every episode.

HOW ABOUT YOU, ARE YOU A FAN OF THE VOICE THIS YEAR TOO? OR IS THERE ANOTHER SHOW YOU’VE GROWN TO LOVE? A FREE COPY OF MY DEBUT NOVEL, MRS. GOODFELLER WILL BE RANDOMLY AWARDED TO ONE PERSON WHO LEAVES A COMMENT BELOW BEFORE THE NEXT WRITERSPACE BLOG IS POSTED.

7 thoughts on “Getting Vocal About The Voice”