November is a traditional time to give thanks. And this month’s releases by Writerspace Top Shelf Authors are a fantastic reason to be thankful. Check out:

‘Tis the season for family, friendship and the thrill of a holiday romance…

Under the Christmas Tree

With snow falling over the redwood forests, secluded Virgin River is the ideal place to spend the holidays. Each year, the close-knit community gathers in the town square to decorate and light a massive tree. Carols are sung, hot chocolate is shared—and a surprise left under the Christmas tree is about to bring two special people together!

Holiday kisses don’t end with Christmas—there’s still the New Year’s Eve party at Jack’s Bar to attend. Locals and newcomers alike find themselves eager for that special countdown…and that midnight kiss.
So join us in Virgin River this year, where Robyn Carr’s trademark humor, warmth and sincerity will have you celebrating the festive season in your favorite mountain town.

New York Times bestselling author Christina Dodd first introduced you to Gabriel Prescott in her beloved Lost Hearts series. She continued his story throughout the suspenseful Fortune Hunters series and at last, in DANGER IN A RED DRESS, readers rejoiced as he at last discovered the truth about his family, and met the woman of his dreams.

Now, in this original short story, Gabriel must confront the demons of his past for a young girl to have any hope of a future, and discovers that, at Christmas, blessings sometimes come in disguise.

It’s difficult to keep secrets in a small town, but in Brazos Bend, one secret has been simmering for years — the identity of Kate Harmon’s baby’s father. Now that all the players are back in town and the truth is revealed, will scandal tear her family apart? Or will Kate find a second chance at love … with a man who’s afraid to hope for redemption?

One magical summer, young Megan Hallberg met—and loved—Prince Stefano Barrali. When Megan tried to tell him she was pregnant, she learned he was engaged to a beautiful aristocrat. To protect her unborn child from the media frenzy, Megan kept the infant’s parentage a secret. Now, ten years later, bachelor Stefano unexpectedly appears. Torn between passion and a need to protect her daughter, Megan wonders if the larger-than-life prince will be her destiny…or her downfall.

Mystery and misery scar their young lives. Three sisters and their foster brother are torn apart by tragedy and scattered across the country to grow up apart. Now Hope Prescott searches for her lost siblings, and finds Zack, a humble man she can love. Then secrets and betrayal tear them apart…Can Zack solve the mystery that haunts Hope’s past to prove their futures lie together?

When an intrepid heiress finds herself away from home for the holidays—in the manor of a dark and handsome baron, no less—romance sizzles in this holiday enovella, originally published in Snowy Night with a Stranger, from New York Times bestselling author Sabrina Jeffries.

Plain, bookish Elinor Bancroft is traveling with her aunt and young cousins to spend the holidays with her father, when a carriage mishap leaves the party stranded at the remote manor of Lord Martin Thorne. Also known as “the Black Baron,” he has no patience for invalids or spoiled heiresses, and children are usually terrified of him. But he gives them refuge during the snowstorm, and to keep the children out of his way Elinor helps them turn the sparse manor into a warm holiday haven for Christmas.

Lord Thorne is none too happy about playing host to four children and two women at his least favorite time of the year. But sparks fly whenever he and Elinor are together, and pretty soon they both realize that Christmas takes on a whole new glow when you share it with the one you love.

Abigail Mercer was thrilled at being reunited with Spencer Law, whom she met once and later married by proxy. But now Viscount Ravenswood denies all knowledge of their union! Too many witnesses have made it impossible for the secretive Spencer to reject his bride without causing a scandal. So he has proposed a marriage in name only until they can locate his mysteriously absent younger brother—who is responsible for everything!—and untangle this messy affair.

Abigail is incensed, irate . . . and irresistibly attracted to this handsome, infuriating man who hides his smoldering passion behind a proper exterior. So the lady will agree to his terms on one condition: Spencer must seal their bargain with a kiss. But he finds that one deep, lingering, unforgettable kiss isn’t nearly enough. And keeping his hands off his pretty wife is going to be much harder than he thought.

After a family tragedy, Kate Donnelly left the Caribbean behind forever. But a series of bad management decisions has left her family’s diving and marine recovery business drowning in red ink. Now her brother pleads with her to come back to the island nation of St Vincent. Without Kate’s financial expertise, the iconic treasure-hunting enterprise started by her grandfather will go under. Unable to say no to the little family she has left, Kate heads back to the beautiful and terrifying ocean that still haunts her nightmares.
Holden Cameron was addicted to the adrenaline rush of active duty—including narrowly surviving an underwater explosives accident. The last thing the former British military diver wants is to babysit a family of thieves on a tropical island—even if they are the world-famous Diving Donnellys. But in his new civilian job, Holden must investigate the suspicious activity surrounding a Donnelly dive to recover treasure from the ancient wreck of a pirate ship.

When equipment, treasure, and even divers begin to disappear, Kate and Holden form an uneasy alliance to uncover the truth. But the deeper they plummet into the mystery, the closer they come to each other. Soon they are sharing their deepest fears and darkest secrets—and a combustible chemistry too hot to ignore.

The death of her friend and mentor, Evelyn Ballinger, brings psychic counselor Gwen Frazier back to the small town of Wilby, Oregon, and brings back memories she would rather forget. Two years ago, a killer stalked the members of one of Ballinger’s research studies—including Gwen, who survived while two others didn’t. Now, she’s sure that Ballinger’s death is related.

Sent by a friend to help Gwen, psychic investigator Judson Coppersmith arrives in Wilby barely in control of his own talent and his own life, and haunted by urgent dreams. His attraction to Gwen is primal, but there are secrets he must keep to protect himself from surrendering to her completely, even as their investigation draws them into dreamscapes, into decades of deception and into the paranormal fires of a desire too strong to resist…

Nathan McKendrick is world famous, handsome and passionate. The world loves him. Mallory O’Connor McKendrick is successful in her own right. Their storybook marriage had defied the odds as well as the rumors. They believe their love will never die—until suddenly the marriage is crumbling. What could destroy such a strong bond and what could they do to save it?

Carly Barnett’s lifelong dream was to be a journalist-tracking down leads, interviewing important people, making a difference. A job offer at Portland’s Oregonian Times seemed like an ideal place to start, until she learned exactly what she’d be doing. Writing an advice column for lonely hearts wasn’t quite what she’d envisioned, but it was a beginning.

Mark Holbrook did nothing to disguise his disdain for the new staff reporter-if you could call Carly’s column “reporting.” Still, he couldn’t deny his attraction to her. But that didn’t mean he’d take her advice-not even if she held the key to his own lonely heart.

Wolf Patterson and Sara Brandon are archenemies from ages ago, but mischievous fate has brought the tall rancher with the pale blue eyes together with the dark-haired beauty—on nearby Wyoming and Texas ranches. At first, sparks fly, but despite Wolf’s misguided notions about the spirited Sara and her indignance over the assorted injustices he has thrown her way, a truce—of sorts—forms. Suddenly Sara notices Wolf’s face, while not conventionally handsome, draws her like no other man has ever attracted her. And Wolf sees into the vulnerable soul that Sara hides from the rest of the world.

They are two passionate people with a talent for falling out. Will love be the spark they need to create what they both want the most…a family?

Danger signs rise off Jase Kayrs like steam–the scars, the secrets, the strength. He’s got a mission, and he’s not interested in much outside of it. Except Brenna Dunne.

Brenna was an ass-kicking, name-taking witch–before the poison that’s killing her sapped her powers too. She knows there’s more to Jase than a handsome face and an ugly history. But there’s no time to find out what. Taking him as her mate might save her life. But once she unleashes the force of his desire, there will be no turning back…

Ready or not, here they come…

Sometimes You Mate For Life

Katie Smith is the best of her class, part of an elite hunting force trained to eliminate werewolves from the hills of Western Virginia. She’s good at it because she has the kind of focus and drive that won’t back down no matter how steep the odds. Call it southern sass. Whatever it is, there’s no denying her willingness to risk everything for the only man she’s ever cared about–a man on the verge of losing his very humanity. . .

Sometimes You Mate To Stay Alive

For the past ten years Jordan Pride has dedicated his life to protecting his people from a deadly shifter virus. But in a rare moment of distraction, Jordan’s guard drops just long enough for his fate to take an irreversible twist. Unless the woman he loves surrenders everything to him, again and again, under a full moon rising. . . 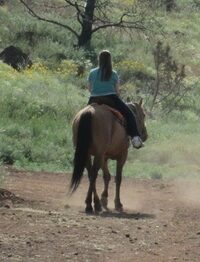