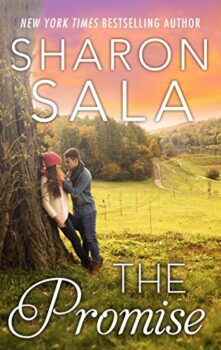 The Promise
by Sharon Sala

Available for the first time on its own in ebook, get swept up in this emotional novella from New York Times bestselling author Sharon Sala

Single mom Libby Farraday has been raising her son as best she can. Hard as it is sometimes, she knows that her loneliness is her own fault, since Sam Holt, her son's father, and the man who broke her heart for good, doesn't even know Sammy exists. After an accident puts everything into question, can reaching out to her long-lost love help them all become a family?