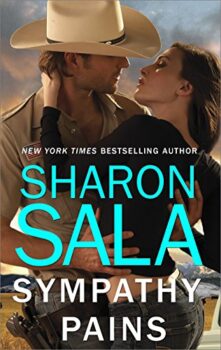 From New York Times bestselling author Sharon Sala, a reader-favorite novella of romance, second chances and a love that conquers the odds.

Marilee Cash waits tables at an anything-but-glamorous truck stop near Amarillo, Texas, and for six months she's gradually been falling for one of her regular customers, Justin Wheeler. Not that she'd ever let him know. Although he's kind and charming, he barely knows her. So when a blizzard strands Justin at the diner, Marilee feels as if she must be dreaming when their pleasant evening becomes a night of passion. But the next morning, Justin is gone---no note, no explanation, no apology.

Justin can't stop thinking about Marilee, but he's too embarrassed by his behavior to try and contact her. Finally, six months later, he finds himself back at the diner---only to find Marilee pregnant with his child. Determined to do the right thing this time, Justin brings Marilee home to meet his parents, but they do not approve of their wealthy rancher son bringing home a truck-stop waitress. And when Justin's mother starting digging into Marilee's past, she uncovers a truth that could threaten Justin and Marliee's love forever...