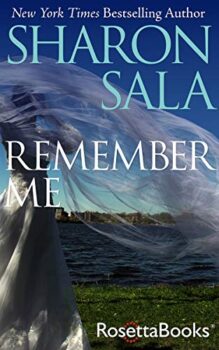 Remember Me
by Sharon Sala

A husband tries to help his wife recover her missing memories in a "spellbinding narrative" of romantic suspense from a New York Times--bestselling author (Publishers Weekly).

Clay and Frankie LeGrand are deliriously happy newlyweds until the day Frankie inexplicably disappears. The local police suspect Clay had something to do with it---but they can't prove anything. Two years go by and then, as suddenly as she disappeared, Frankie is back in bed exactly where Clay last saw her, as though nothing ever happened.

There are sinister clues: a tattoo on Frankie's neck, needle marks on her arm, and a powerful man who has been trying to control her since childhood. But though her memory is lost, the part of her that matters most---her will to survive---is not. Wherever she has been, she's found her way back to Clay. But can they recover the sense of safety and security that was stolen from them?

"Veteran romance writer Sala lives up to her reputation with this well-crafted thriller." ---Publishers Weekly