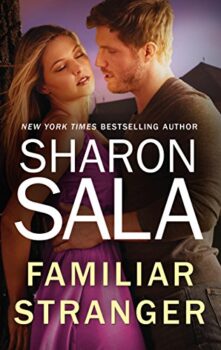 A Year of Loving Dangerously Book 12

Rediscover one of Sharon Sala's fanfavorite romances from the classic miniseries A Year of Loving Dangerously, where passion rules and nothing is what it seems...

THE AGENT: SPEAR's top gun, a man deeply shrouded in mystery.
THE MISSION: To find his heart again before he fights his last battle.
THE SOULWRENCHING REUNION: Once he holds Cara Justice in his arms, will he ever let her go?

David Wilson was the only man she had ever loved. The father of her child. The soldier Cara Justice believed dead. Now he was back, older, yet just as ruggedly handsome as he'd been years ago, when they'd said goodbye. Passion drove them together again, though duty tore them apart. For he had one final battle, and he would either fight to the death or return home a hero, ready to claim his woman once and for all.