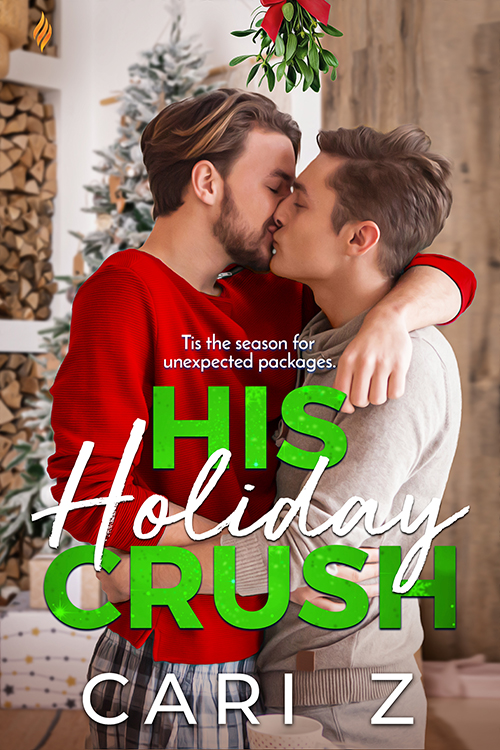 What is it that makes you as a writer decide to go in a new direction? What makes you pivot and think, “Hey, I could do that, actually. Maybe I should think about how?”

That was the creative case with His Holiday Crush for me. While I love writing romance, sweet contemporary romance has never been a stronghold of mine. I’ve always been more interested in action/adventure with a side of romance, or urban fantasy and paranormal settings with a romance subplot. Romance, for the most part, has always been a big theme in my books, but not the whole focus. His Holiday Crush, though, is about the most romance-centric thing I’ve ever written. So why go there now?

Partially, I was coming off a long stretch of intense, action-driven stories and I was just…tired of them. I’d fatigued right along with my heroes and heroines, and as much as I needed to give them a break, I needed a break for myself as well. There are only so many explosions and gunfights and magical battles one person can take before she starts to crack up. To give my brain a respite, I dug into my favorite fanfic pairings and started reading. This was in December of last year, so a lot of the fics were holiday focused.

There’s nothing quite so primed to put you in the mood for the holidays as reading about two people you love doing cute things together while having holiday shenanigans. The more I read, the more I realized that I wanted to contribute to this escapism. I wanted to write a fluffy, trope-filled holiday fic. I’d never written a story centered around a holiday before, and there’s just something so soft and comforting and warm about it. But who should I write about? And where?

I chose upstate New York because I visited a friend there during the winter once and had a magical and excruciatingly cold time, which was the feel I wanted to recreate in this story. Also, proximity to New York City needed to be a thing, since I was going to make one of my heroes a hotshot lawyer. Yep, there’s my first trope—city boy meets country boy and sparks fly! So, it was a start…what next?

Kids. Not kids for my heroes, exactly, but I wanted kids in the story because ever since having one of my own, I’ve seen how wild and interesting they can make life. I wanted that sweet, often dramatic uncertainty to be a part of this book.

Snowstorms. I love a good snowstorm—I live in Colorado, we get our fair share—and they’re just so scenic when it comes to a winter holiday story. Not to mention, where there’s snow, there’s getting snowed in! Bam, trope number two, one I didn’t even know I wanted until I considered it and my little heart went pitter-patter.

The last key trope kind of smacked me upside the head, but it ended up being my favorite. I had these characters in my mind, but how would I get them together? What would the connection be? Then it hit me—one of my protagonists would be the younger brother of the other protagonist’s best friend. And all of a sudden I had someone to have those adorable kids that I wanted to stick into the story, and I’d given my lawyer a reason to go to the hinterlands for Christmas when he could just be hanging out in the city, and suddenly there was a real plot.

I still hit numerous sticking points on my journey toward finishing this book. Turns out it’s not the best idea to begin a fluffy holiday novel with a death. Who knew? And it’s an even better idea not to put more death in later in the book, because turns out death is a pretty heavy subject and not really in line with the goal of “happy and fluffy.” I did almost as many rewrites for this book as I did for my PitchWars novel, and in half the time. Thank god for my patient and hardworking editor Amy Acosta, who taught me that contrary to what I’d thought, writing a sweet contemporary romance means that you have to work even harder to create believable emotional connections for your characters. You can’t just pull them together through tragedy or environment. They, and you as the writer, have to figure things out the hard way, with emotional honesty right from the get-go. That was a hard thing to learn, but so worth it.

Overall, I love how His Holiday Crush turned out. It’s the sweet, tropey, contemporary holiday romance that I wanted to create, and I had a blast writing it. It might be my first time writing this kind of book, but it definitely won’t be my last.

But first…I have to go put some other characters in mortal peril and make them work together to save their lives. 😉

What’s your favorite trope in romance? One person who comments will be the winner of a $10 Amazon Gift Card 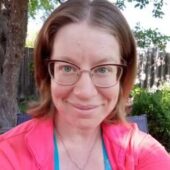 Cari Z was a bookworm as a child and remains one to this day. In an effort to keep reading from being her only love, she did all sorts of progressively more exciting things, from competitive gymnastics to alligator wresting (who even knew that was legal!) to joining the Peace Corps, which sent her and her husband to West Africa, where they spent two years working and learning. Writing was a good way for Cari to entertain herself with no electricity, and she hasn't looked back since. She writes award-winning LGBTQ fiction featuring aliens, supervillains, soothsayers, and even normal people sometimes.