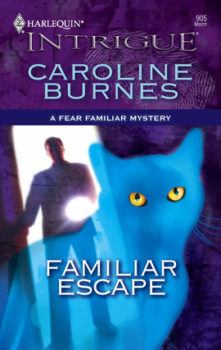 Molly Harper's sister had been killed---and her baby niece had been kidnapped. Now, the only man she could depend on to help her solve the crime---and bring Baby Kate to safety---was Thomas Lakewood.

Trouble was, Thomas was the prime suspect. But Molly and Familiar were convinced he was innocent. And in a race against time, could Molly, Thomas and Familiar join forces to clear his name and find Baby Kate before their chances for a future were destroyed forever?