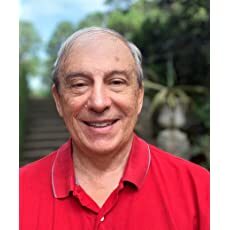 His medical suspense novel, DEAD ALREADY, transports the reader into the stressful environment of emergency medicine, where life battles death amid terrified screams, plaintive whimpers, and shouted orders; where fallible humans strive to postpone death, restore life, or eliminate misery. These would-be heroes sometimes fail. They suck it up and move on to quiet a frightened child, relieve pain, straighten a broken limb, repair a laceration, or reassure the worried well. What evil might lurk amid such chaos?

His psychological thriller, ANGELS FALLING, is in press for publication by TouchPoint Press in late 2021. The ritualistic murder of a Catholic archbishop scrambles the lives of an ex-seminarian criminal profiler, a renegade priest cult leader, and the former nun they both desired. Shakespeare, Poe, and Donne add commentary.

Mike’s MAHONEY & SQUIRE SERIES, under contract with TouchPoint Press, portrays the lives of servicemen and women, their challenges, and interactions; and their wounds—physical and emotional—that evolve into professional and personal conflicts more daunting than combat. Can essential human relationships survive such brutal demands on hearts and souls?

Following a civilian career as an emergency physician, Mike rededicated his professional life to serve America’s Navy and Marine Corps heroes and their families, and to honor their sacrifices in defending our freedom and way of life. His last active-duty assignment was as 7th Fleet Surgeon on board the flagship, USS BLUE RIDGE.