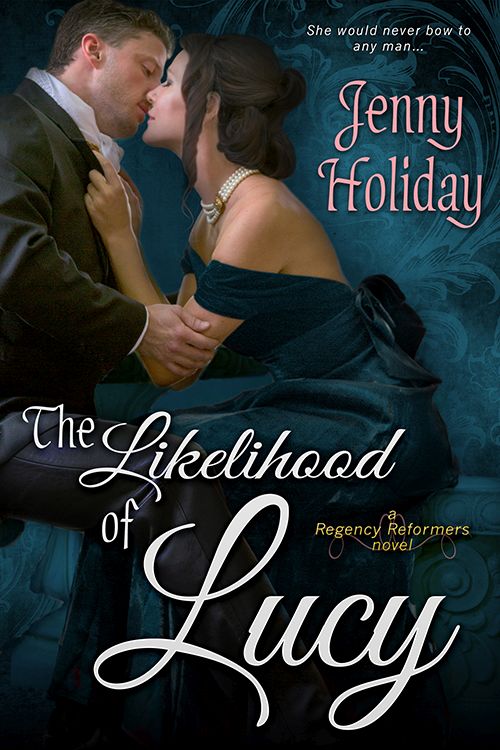 Are you a Belieber? Perhaps your tween daughter is? (If you have no idea what I’m talking about, don’t fret: you’re totally normal. Beliebers are obsessive fans of Justin Bieber.) I myself am not a Belieber, but I have fallen under the spell of one or two massive celebrity crushes in my time. (For example, it’s possible that I am still holding out hope that one of these days, Jon Bon Jovi and I will get married, his wife and my husband notwithstanding. Hey, it could happen. Loved that dude with his big hair in the 1980s; love him today.)

When you write historical romance, obviously you’re writing about a different world. You try to make the differences between your fictional world and ours more than just superficial. So, yes, the dresses are pretty. The horse-drawn carriages are enchanting. But you try to fill your fictional world with the social mores, customs, and politics of the time, too.

Still, even knowing that you’re writing about a different world, sometimes you can’t resist the temptation to import something thoroughly modern. In the case of The Likelihood of Lucy, it was Justin Bieber.

Okay, not exactly, but my heroine, Lucy, is a superfan along the lines of the Beliebers. Her particular brand of devotion, though, is directed at the of the writer and philosopher Mary Wollstonecraft, most famous for A Vindication of the Rights of Women. Lucy lives her life guided by Mary’s wisdom and instructs her charges (she’s a governess) according to Mary’s ideas about education. When I was writing Lucy, I thought of her as a Belieber, combing obsessively through Mary’s words. In fact, at one point, when facing a confrontation with the bad guy, Lucy thinks to herself, “What would Mary do?”

The answer, it turns out, was to knee the bad guy in the groin and run.

The Likelihood of Lucy
by Jenny Holiday

Trevor Bailey is on the cusp of opening the greatest hotel in London. His days as a gutter snipe are behind him, as he enjoys a life of wealth, society, and clandestine assignments as a spy in the service of His Majesty. Until one tumultuous night churns up the past he’d long left behind…

Turned out by her employer for her radical beliefs, Lucy Greenleaf reaches out to the man who was once her most beloved friend. She never expected that the once-mischievous Trevor would be so handsome and gentleman-like and neither can deny the instant attraction.

But Lucy’s reformer ways pose a threat to the hotel’s future and his duties as a spy. Now Trevor must choose between his new life and the woman he’s always loved…

Jenny Holiday started writing at age nine when her fourth grade teacher gave her a notebook and told her to start writing stories. That first batch featured mass murders on the loose, alien invasions, and hauntings. From then on, she was always writing, often in her diary, where she liked to decorate declarations of existential angst with nail polish teardrops. Later, she channeled her penchant for scribbling into a more useful format, picking up a PhD in geography and then working in PR. Eventually, she figured out that happy endings were more fun than alien invasions. You can follow her on twitter at @jennyholi or visit her on the web at jennyholiday.com.