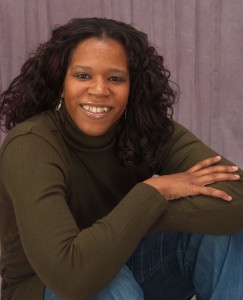 By the time I finish a book I’m so familiar with the characters—especially the hero and heroine—that I can speak in their voices, tell you what decisions they would make in any given situation, name their pet peeves, and relay what they’d want for dinner on any given night. Yeah, I know a lot about them. But there are other characters I’ve read and enjoyed over the years that I would love to meet. To just sit down with, have some coffee, and talk. Who are they? Glad you asked!

1. Niall Roberston / Black Niall / Niall of Scotland – If you ever meet me, within five minutes you would discover several things about me: 7 creams, 9 sugars in my medium McDonald’s coffee, Vin Diesel is my DL lover, my father’s a pastor, and I read Son of the Morning by Linda Howard every year. It’s one of my favorite books of all time. And Niall Robertson is the sexy, strong, Highland warrior hero. He’s complicated—he has the arm and brute strength of a bezerker, but the brilliant and strategic mind of Alexander the Great. He’s lusty but was once a soldier in a celibate order. He’s chief of a clan of outcasts, but is alone. He’s one of the most logical men that ever existed but not only believes in a higher power, he wields it. Since I respect the heroine—and his wife, Grace—too much to jump his bones, I’d love to pick his mind over coffee…or mead…or whatever.

2. Edmund Pevensie –  The Lion, the Witch and the Wardrobe is one of the first chapter books I read, and it is my favorite book in the world. C.S. Lewis opened up the eyes of the ten year-old girl I was with his story of Narnia, redemption, forgiveness, and restoration. Shooot, you couldn’t tell me there wasn’t an enchanted world with talking animals at the back of my grandmother’s closet! There are plenty of characters in the book I would love to shoot the breeze with—Aslan, Peter, Lucy—but my choice would be Edmund. Edmund, who betrayed his family for Turkish Delight and almost paid the ultimate price if Aslan the Lion hadn’t sacrificed himself instead. I’d want to ask him about his talk with Aslan after he was saved from the White Witch. What did Aslan say to him when the Lion absolved him of his sin? Whatever Aslan said was life changing for this boy who would one day become known as King Edmund the Just.

3. Elena Deveraux – The only human ever “Made”. In Nalini Singh’s Guild Hunter series, Elena is a guild hunter—a human born with the ability to scent and sense vampires—and in the entire existence of angels, humans, and vampires, the only being ever known to be changed into an angel. The power of love and an archangel’s tears transformed her and, literally, gave her the ability to fly. I would love to sit down with Elena and find out how it is to love an archangel…and be loved by him. Physically, she’s weaker than most adult angels—so how does she manage not to be overpowered and cowed into submissiveness by this powerful being—one of the ten most powerful of their kind? Because, newly born, female, learning to fly…she does it. She holds her own with her archangel, and that’s a woman I have to get some advice from!

4. Saul of Tarsus / The Apostle Paul – I know, I know. Technically not a character since he’s in the Bible. And, why didn’t I choose Jesus? Weeell, see since He and I have this whole You’re-my-Savior thing going on, we talk all the time. So I would love to sit down with Paul and a cup of Joe—or whatever they drank way back then. He went from a notorious persecutor of the Jews to one of the most devout and righteous Christians and champion of the faith. Did he face criticism? Did he ever feel like he had to prove himself to people, including the Christians he ministered to? How did he handle the naysayers? Did he ever just want to say, God, I’m through. Take your people because I’m out. In the middle of the night, did he ever doubt his purpose? Was he ever scared? I would love to just pick his brain, knowing that when I rose from that table I would be changed by that conversation.

5. Vishous – I love J. R. Ward’s the Black Dagger Brotherhood. And I am hard pressed to select my favorite brother. As a matter of fact, I can’t! I love them all! But Vishous—son of the Scribe Virgin and the Bloodletter—is the one I wouldn’t mind having a one-on-one with…I meant that in the most platonic way possible. Sit down at his computer console with a big cup of coffee and maybe one of those Turkish hand rolls he smokes. As the son of the vampire race’s diety and one of the most lauded—and ruthless—warriors, did he feel pressure to be extraordinary? Did he ever wish he was just another vampire instead of a warrior with greatness weighing heavily on his wide shoulders? Does he consider fear a weakness? If he wasn’t a brother, what—or who—would he want to be? What would he want to do? He’s a complicated vampire with dual needs and loves in his life. If I didn’t crap my pants first, I would love to talk with him for hours on end.

Thank you, Writerspace, for allowing me to guest blog with you today! 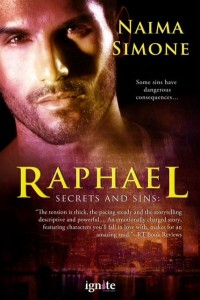 When Greer Addison finds her future husband in bed with another woman, she runs…right into the arms of dark and dangerous Raphael Marcel. Angry and hurt, she throws caution to the wind and spends a hot night with the sexy security specialist. But when her fiancé is found dead, Greer becomes the main suspect of a crime she can’t remember.

Raphael is stunned and suspicious when Greer shows up on his doorstep claiming she’s carrying his baby. Worse, she’s the target of a stalker bent on making her pay for a murder she doesn’t recall. As Raphael begins to trust Greer, they must race against the clock to uncover a killer. Because Greer’s memory is returning…

Naima Simone’s love of romance was first stirred by Johanna Lindsey and Linda Howard many years ago. Though her first attempt at writing a romance novel at age 11 never saw the light of day, her love of romance and writing has endured. Now, she spends her time creating stories of unique men and women who experience the dizzying heights of passion and the tender heat of love. She is wife to Superman—or his non-Kryptonian, less bullet proof equivalent—and mother to the most awesome kids ever. They all live in perfect, domestically-challenged bliss in the southern United States.

Five Characters I Wish I Could Have Coffee With