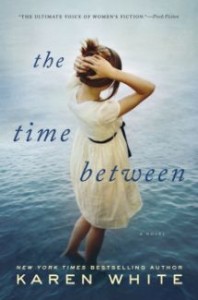 I recently read an article about a woman who’d climbed Mt. Everest.  Her mantra before and during this amazing feat:  “Eat the elephant one bite at a time.”  I didn’t really pay much attention to it at first, at least not until later in the morning when I sat down in front of a blinking cursor on a blank page and contemplated writing my next book—all four hundred and fifty manuscript pages of it.  And that’s when I understood exactly what that mountain climber had meant.

People assume that I have always loved to write and as a girl dreamed of being a writer. They would be wrong.  I hated to write.  I’m the least patient person I know.  When assigned a five-page paper, I was the student who’d write with huge letters so that I’d have a single paragraph contained in those five pages.  I simply wanted to get it over with as quickly as possible.

Maybe it comes with growing older, or having children, or just experiencing more of life, but I no longer think that way.  It started with my very first book, which I wrote just to see if I could.  I set no goals, no deadlines, and had no aspirations for success (don’t tell my kids I said that!).  I simply sat down one day and wrote a sentence.  Just one.  And then that sentence was soon joined by another, and then another.  Then I had a paragraph, then two paragraphs, and then a page.  All those pages became a chapter, and all those chapters eventually became a book.

It’s like the old Chinese proverb about the longest journey starting with the first step.  It’s so easy to talk ourselves out of things that scare us by telling ourselves that it’s too hard, too big, too all-encompassing to contemplate.  But as I sat down and started writing that very first book, I understood that if I just did a little bit at a time, eventually all those little bits would be a book.

I began to see how this new way of thinking could be applied to the rest of my life, too.  Instead of the mind-numbing thought of, “I need to clean the house today,” I’d think, “I’m going to clean the bathrooms and the kitchen floor today.  Tomorrow I’ll dust and vacuum.”  I realized that the impatience of my youth was simply my reaction from looking at projects in the wrong way.  At least that’s how I explain my procrastination tendencies, but that’s a subject for another blog.

When I started writing my June release, THE TIME BETWEEN, I had less than six months until my deadline.  The book has two intertwining plots—one in 1944 Hungary and one in modern day Edisto Island, South Carolina—and three points-of-view characters who are all very different.  I had so much research to do about the story and the settings, and so much actual writing, that I felt simply overwhelmed.

I thought back to my first book, and how I simply started with that first sentence.  So I sat down at my laptop and wrote my first sentence:  “The first time I died was the summer I turned seventeen.”  I wasn’t sure who was speaking or what she meant, or even what the rest of the story would be about, but I’d made a start.  And soon I had another sentence, and then another and then a paragraph.   Two days before my deadline, I typed the happiest words in the English language:  THE END.

Since my first book was published in 2000, I’ve written sixteen more novels, all around one 150,000 words.  If you’d asked me when I was younger if that’s how I’d be spending my adulthood I would have laughed.  I suppose that we really do get wiser as we get older, learning patience, and perseverance, and new ways to approach life.  And, most importantly, how to eat an elephant, one bite at a time. 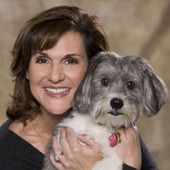 After playing hooky one day in the seventh grade to read Gone With the Wind, Karen White knew she wanted to be a writer—or become Scarlett O'Hara.  In spite of these aspirations, Karen pursued a degree in business and graduated cum laude with a BS in Management from Tulane University.  Ten years later, after leaving the business world, she fulfilled her dream of becoming a writer and wrote her first book.  In the Shadow of the Moon was published in August, 2000.  This book was nominated for the prestigious RITA award in 2001 in two separate categories.  Her books have since been nominated for numerous national contests including three more RITAs, has twice been a finalist for the SIBA (Southeastern Booksellers Alliance) Fiction Book of the Year, and has twice won the National Readers’ Choice Award for Learning to Breathe and On Folly Beach.

Karen currently writes what she refers to as ‘grit lit’—southern women’s fiction—and has also expanded her horizons into writing a bestselling mystery series set in Charleston, South Carolina.  Her sixteenth novel and first hardcover, The Time Between, was published in June 2013 by New American Library, a division of Penguin Publishing Group, and debuted on the New York Times bestseller list at number 25.

Karen hails from a long line of Southerners but spent most of her growing up years in London, England and is a graduate of the American School in London.  She currently lives near Atlanta, Georgia with her husband and two children, and a spoiled Havanese dog (who appears in several of her books), Quincy.  When not writing, she spends her time reading, scrapbooking, playing piano, and avoiding cooking.

Her seventeenth novel—the fourth book in the Tradd Street series—Return to Tradd Street, was published in January 2014.  June 2014 will see the release of her second hardcover, A Long Time Gone, set in the Mississippi Delta, and in July Peguin will  publish the anthology Grand Central, a collaboration with nine other authors.

It Beats the Alternative 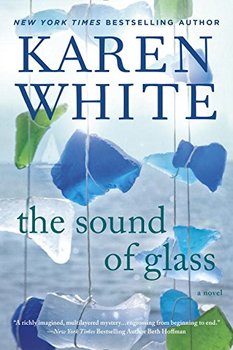 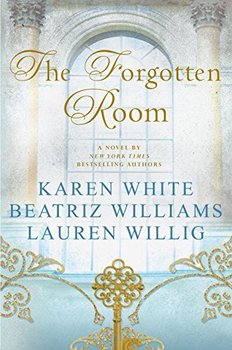 8 thoughts on “EATING THE ELEPHANT”