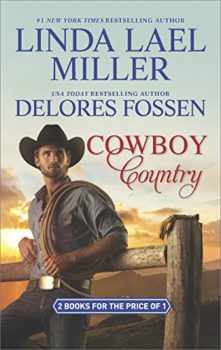 Two wild cowboys’ hearts get lassoed in these fan-favorite tales from two stars of Western romance.

Rough-and-tumble rodeo cowboy Brody Creed likes life on the move---until a chance encounter with his long-estranged twin brother brings him “home” to Lonesome Bend, Colorado, for the first time in years, and forces him to face the secrets that continue to haunt him. But can this restless bad boy finally overcome his past—and find a future with Carolyn Simmons, the opposite of everything he thought he wanted?