The women of Bliss County are ready to meet the men of their dreams!

Ten years ago, Hadleigh Stevens was eighteen and this close to saying “I do,” when Tripp Galloway interrupted her walk down the aisle. Now with that disaster firmly behind her, Hadleigh and her single friends form a marriage pact. But she doesn’t expect Tripp to meddle with her new plan to find Mr. Right—or to discover that she’s more attracted to him than ever!

Divorced and eager to reconnect with his cowboy roots, Tripp returns to Bliss County to save his ailing father’s ranch. He’s not looking for another wife—certainly not his best friend’s little sister. But he’s never been able to forget Hadleigh. And this time, if she ends up in his arms, he’s not letting her go! 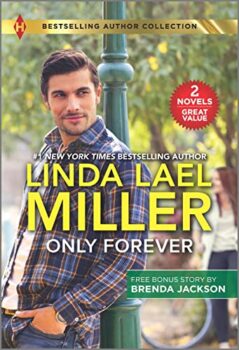