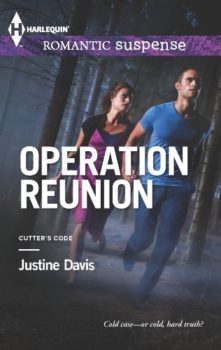 “I THOUGHT YOU WERE THROUGH WITH ME.”

What does the dog know? When Kayla meets Cutter, the big, brown Belgian, she’s at a crossroads. She’s certain she’s about to clear her brother of her parents’ murder. But Dane, her longtime love, is just as sure that she’s wasting her life. One man needs her. The other, apparently, doesn’t... Although it breaks her heart, the choice is made.

Only, Dane Burdette isn’t going anywhere. As loyal as that dog, he still loves the beautiful girl next door, even if her life has been derailed. And when danger comes back to their small town, he knows she—and their love—is at risk. Kayla has made her quest her life. Neither Dane nor Cutter will let it take her life, too.