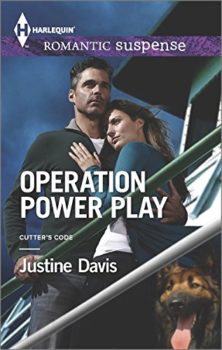 Murder, corruption and a second chance at love…

When his dog, Cutter, leads Brett Dunbar to a dead body during a routine property check, it’s the detective’s hardest case yet. Because the victim was found on Sloan Burke’s land. Now Brett must balance professionalism and attraction—something nearly impossible when the beautiful widow’s determination puts her directly in the line of fire.

Seeing the heroic qualities she valued in her late husband reflected in Brett makes the protective wall around Sloan’s heart crumble. Brett won’t risk another relationship to his dangerous job, and Sloan refuses to have a future with a man constantly in danger. But solving the crime might be easier than letting each other go…