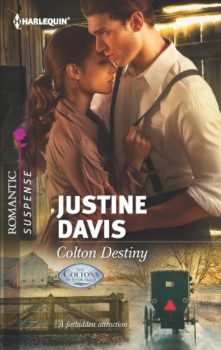 “I will bring those girls home.”

A series of kidnappings of Amish teenage girls hits too close to home for FBI agent Emma Colton. The dark violence of her world has touched the simple Amish community neighboring her hometown—and she’s determined to make things right. Unfortunately, a forbidden attraction to Paradise Ridge’s most eligible widower is a major step toward wrong.

Carpenter Caleb Troyer doesn’t expect to love again, especially an Englisher with her own haunted secrets. Protecting Emma is second nature as she fights to restore the peace in his home—and in his heart. But one false move could destroy everything. The closer she comes to finding his sister, the closer danger comes to finding them....