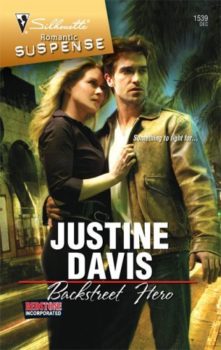 He makes her uncomfortable. Edgy. But as strange accidents befall Lilith Mercer and Tony Alvera becomes her bodyguard, she realizes that her wariness of the street-rough, enigmatic, younger Redstone operative covers an all-consuming attraction. Soon, hiding her feelings becomes next to impossible.

No one could protect Lilith better than Tony. Maybe he'll never be good enough for the classy executive, but he trusts her safety to no other. Then one explosive night changes everything between them—and to save Lilith, Tony must go back to the streets and expose secrets that may forever set them apart.