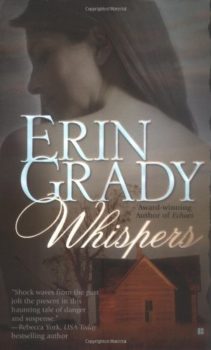 Readers everywhere were enthralled with award-winning ECHOES. Now step into the world of WHISPERS, where a century old curse, a haunted hotel, and a love to last forever come together in Erin Grady's newest, heart-stopping novel of romantic suspense.

A haunted hotel... A century old curse...
And a love destined to last forever...

If you listen hard enough...

Diablo Springs—once a boomtown of gamblers, outlaws and miners. Now a place where shifting sands whisper only of torment and loss...a place where shadows lure the unsuspecting into its abyss.

It is where Gracie Beck was raised, but she never called it home. When she left that place, she never looked back...

You will hear their whispered warnings...

Now Gracie finds she's inherited the Diablo Springs Hotel from her grandmother and, with it, a curse that has haunted her family for over a hundred years. As she begins to unearth long-buried secrets, she unleashes a force that threatens everyone she cares about. And when the one man she has tried to forget unexpectedly returns to Diablo Springs to find inspiration for his next novel, Gracie knows that a dark and desperate chapter in the story of her family must finally be written...

Other Books by Erin Grady 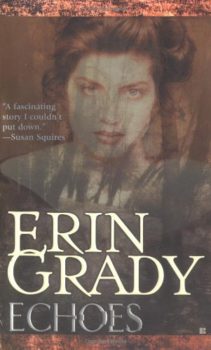 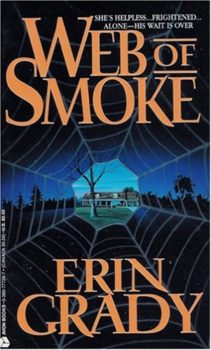 Erin Grady's first novel, WEB OF SMOKE, was a Romance Writers of America Golden Heart finalist before hitting the bookshelves where it won a San Diego Book award and made several bestseller lists. ECHOES, her second romantic suspense, has won a Pacific NorthWest Literary Association Stella Cameron Award. Erin currently lives in Arizona with her husband and two children and is working on her third novel which will be released in Spring 2006.