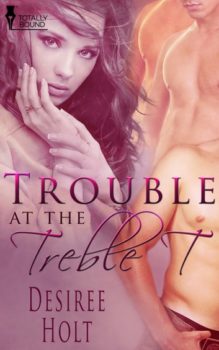 Trouble at the Treble T

Trouble at the Treble T
by Desiree Holt

If one man is great, how hot will it be with three?

Publisher's Note: This story has been previously released as part of the Treble anthology by Totally Bound Publishing.