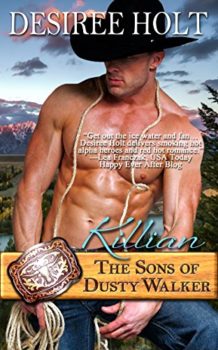 The Sons of Dusty Walker Book 3

To say Killian Walker was shocked when he discovered that not only was his father not married to his mother, but he had three half-brothers in the same situation. Facing each other for the first time at the reading of Dusty Walker's will, the atmosphere could best be described as hostile. The terms of the will didn't help matters. Spending a week in Red Creek, Kansas in Dusty's house and Dusty's business was just not on his agenda of things to do. But if he wanted the money to start his own ranch, he'd have to grit his teeth and man up.

Lexie Choate had big dreams about success in the world of art. Her teachers at Savannah School of Art praised her talent and told her she was a shoo-in to win the prize of a gallery show of her own. The last thing she expected was for the man who stole her heart to also steal the prize from her. She ran back to Red Creek, to heal her broken heart and recover from her disappointment. As the owner of Heart Starter, the popular coffee shop in town, she was busy building a new life for herself, while she continued to paint in secret. Hope never dies.

When Killian walked into Heart Starter the chemistry between the two of them was instant and explosive, but neither of them was looking for anything long term. She wanted to get back into the world of art. He was planning to build his ranch and not in Nowhere, Kansas. One week, they agreed. One week to enjoy each other, then goodbye. Funny thing, though, just when you think you've got everything planned out, life has a fanny way of turning your life upside down. 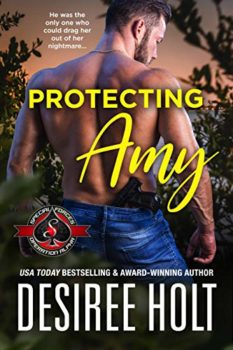 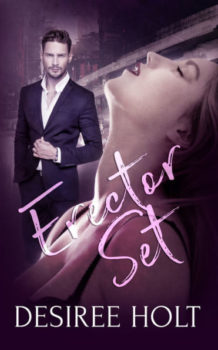 A tall man wearing knife-creased pants that covered the longest legs she'd ever seen, with a holstered gun riding one lean hip, came through a door that led to the rest of the office. He held out his hand to Zane. "Alex Rossi