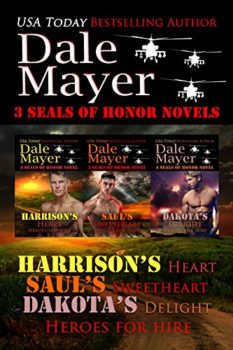 When a call for help comes from Ice’s father, Harrison steps up. A senator has been shot, his wife beaten and his kids are in the wind. It’s up to Harrison to find the answers everyone is looking for.

Including finding the senator’s ex-military and pissed at the world daughter. Only she doesn’t want anything to do with him.

Zoe is on a mission. There’s no room in her world for heroes — especially not Harrison. But he won’t take no for an answer. Only Zoe has angered the wrong people, and they won’t stop until they put an end to her meddling or better yet — to her.

With so much going on, Harrison struggles to pull the pieces together — before their world is completely blown apart — permanently.

Helping a friend in need is never a wrong move. And Saul knows the value of his friends. When he’s called to find Benji’s missing brother, Daniel — he’s on it.

Only Daniel might be involved in something a lot darker than avoiding his brother’s phone calls. At least according to Regal who’s been haunting Daniel’s apartment, looking for her missing girlfriend.

When the bodies start showing up, Regal is terrified her friend will be next…

And that’s not something she’s going to sit by and allow. No matter if Saul thinks she should. He needs to get out of her way or she’ll run right over him. The trouble is, it doesn’t take long for her to realize he’d like that — and so would she.

Now if only they could save their friends…before the entire mess blows up and takes them all out.

When a young woman darts into traffic and into Dakota’s path, life takes a dark turn for both of them.

Bailey, recovering from the loss of her husband, retreated from life. Going to work and coming home was the extent of her days and weeks. Until she walks into work early one morning, witnesses a murder and flees into traffic, nearly getting killed.

The near death experience awakens the spark of life inside of her. So does the man in the car. A different kind of a spark.

For her safety, Dakota persuades her to move into the compound with him and the rest of the Legendary family while they track down the killers.

Bailey is forced to accept Dakota’s help. But can she stay safe long enough for the police to track down the killer? Or is the man who almost ran her over going to steal her heart?