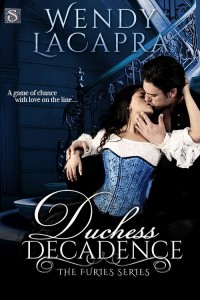 I’m running and my pony-tail is swinging, my feet, thumping against the pavement and the smell of autumn is hanging in the chilled air.

But not really. I’m just imagining a run I’m going to take.

You see, after two months of post-move, pre-release chaos, tomorrow I will, for the third time, begin start a Couch to 5K program, which will (if the past is any indication) build week by week to a modest plateau which I’ll sustain until the next bout of chaos. Even once I reach that metaphorical plateau, I won’t run far (a consistent 5K is my goal) and I won’t run particularly fast (When I run too long, I actually get hives). So why bother? Well, writing is a solitary, sedentary endeavor and without a plan of some sort, I know my cholesterol will make its meandering way back to the danger zone.

And so tomorrow it will be time to begin again.

Julia Cameron writes in The Artist’s Way that a successful creative career is built on successful failures. I believe Ms. Cameron…and I believe “exercise” and even “life” can be substituted for “creative career.” if there is anything running and writing has taught me, it’s that beginning again is essential. Start the training program over. Plow into the manuscript for another round of edits. Stare down that blank page and create something new.

This month, Entangled will release Duchess Decadence the third & final book in my Furies Series. The heroines of all three books must find the courage to begin again, and Thea Marie Worthington, the heroine of Duchess Decadence has the most challenging task of them all: to begin again within the confines of a fractured marriage. Thea believes her husband’s life is in danger and that only she can keep get close enough to keep him safe, that belief propels her to find the courage to try again. Though she has moments of frustration and doubt, stakes are just too high for her to walk away. She may have failed once before, but this time, to quote Susan B Anthony failure is not an option.

So, tomorrow, with health and wellness at stake, I’ll take a page from Thea and begin again. And to all of you out there also reaching down and finding the strength to begin again on tasks large and small…you have my respect & my encouragement!

Update: The run was lovely!

Thea Worthington, Duchess of Wynchester divides her time between social engagements and playing her luck against fickle fortune. Yet every gamble is only a bluff—a means to hide from the pain deep within her, and the loss of a babe she never held in her arms. Now Thea’s luck is about to run out. Her estranged husband has returned and seeks a reunion…

Plagued with guilt over what happened to his wife three years ago, the Duke of Wynchester has kept his distance. The duke is resolved to piece his family back together, especially now that he’s discovered his beloved brother—long thought dead—still lives. But Thea’s lovely, porcelain facade is on the verge of cracking…spurred on by the duke’s brother’s secretive, malevolent animosity.

With everything riding on her future, Thea plays a daring game of chance for love and her marriage…and this time, the dice are most certainly rigged. 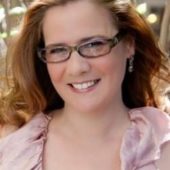 Wendy LaCapra has been reading romance since she sneaked into the adult section at the library and discovered Victoria Holt & Jane Aiken Hodge. From that point on, she dreamed of creating fictional worlds with as much richness, intrigue and passion as she found within those books. Her stories have placed in several contests, including the 2012 Golden Heart. She lives in NYC with her husband and loves to hear from readers. If you'd like to be informed when a Wendy releases a new book, sign up for her mailing list at http://bit.ly/GetWendyNews (never shared!)

Using Self-guided Queries as part of the Writer’s Life

Tips and tricks for the Stressed-out Author