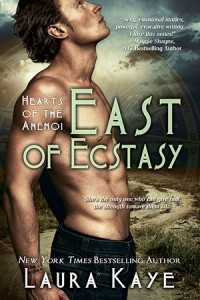 I’m very happy to be back visiting Writerspace for the release of my fourteenth novel, East of Ecstasy, the final book in my Greek-mythology-inspired Hearts of the Anemoi series. Each book in this series has featured as the hero one of the men of the Anemoi family, brothers in fact or spirit. And East of Ecstasy has the most bromance of any of the books and shows what a pivotal part it plays in the series overall. I’ve always loved a good bromance in my romance novels – how about you?

I enjoy the relationships between the male leads in a romance series for a lot of reasons. I love the camaraderie, which is sometimes funny, sometimes poignant, and sometimes deadly serious. I love that the male characters almost never let each other get away with anything, and they call each other on all their BS. I love the fraternal-type relationships—even when the guys aren’t truly brothers—wherein they would do anything for one another and always have each other’s backs. These kinds of relationships are part of why I love reading series of books—because you get to visit with these guys again and again and watch their relationships deepen alongside the romantic relationships with their various female leads.

East of Ecstasy has a lot of good bromance going on. The following men play a significant role in this book:

Devlin – the hero, a rain god, and heir to the East Wind

Owen – Devlin’s uncle and the newest Anemoi, the Supreme God of the North Wind and Winter

Aeolus – Devlin’s grandfather and the strongest storm god of all

Erebus – the primordial god of Darkness, who enters the story in a surprising way 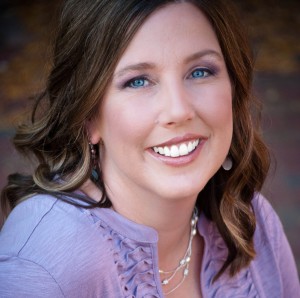 The relationship between Devlin and the rest of the Anemoi was challenging to write. At the beginning of the book, Devlin is an outcast among his family, long shunned by the others because of his association with and uncertain loyalty to his evil father, Eurus, the Supreme God of the East Wind. Devlin’s position relative to the others meant the bromantic relationships in East of Ecstasy were going to have to have a big arc of their own in order to get to a place where they truly started to look at each other as brothers. That journey was heart-wrenching and rewarding and so satisfying to write and watch unfold.

Here’s a taste of the guys together early on in East of Ecstasy, while things are still rocky between them:

“It has to stop,” Devlin said, not realizing he was going to speak until the words were spilling from his mouth. “How many more must die or be harmed at my father’s hands?”

Zephyros glared up at him, skepticism plain in his eyes and on his face.

“I know you don’t trust me, don’t like me, probably even blame me. And I get it.” One by one, Devlin met the gaze of each of the other gods in the room. “But I vow to do everything in my power to help put an end to this once and for all.”

No one spoke. No one moved. Hell, he wasn’t sure anyone even breathed.

In a flash, Owen was off the ground and right up in his face. Every one of Devlin’s defensive instincts rang out in alarm and his muscles went rigid, expecting the blows to land but of course not sure where. Silver light flared behind Owen’s eyes as he stared straight into Devlin’s. And then the Northern god gave a single nod. “Count. Me. In.” Owen extended his hand.

Stunned to receive an offer of friendship and alliance—and even acceptance—when he’d been prepared for pain left Devlin dumbfounded. Finally, his brain caught up with the situation, and he placed his hand in Owen’s.

Another solemn nod, and Owen stepped away.

“I’m in, man. I’ve been in all summer,” Chrys said, taking Owen’s place and shaking his hand.

Aeolus nodded and looked at Devlin with an emotion he wasn’t sure he recognized. Pride? Belief? Hope? “And it is in your power, Devlin. Especially if we work together.”

The others looked at Zeph, drawing Devlin’s gaze to where he stood in front of the painting depicting Boreas’s death with his arms crossed over his chest. Everything about the god radiated doubt, skepticism, rejection.

“Your father took my wife’s human life from her, forcing her to become a goddess without her consent. Had she not retained her memories of me on her own, I would’ve been forced to have nothing to do with her forever.” Zeph stepped closer. “Against my will, he had your brother installed as my successor. And you know why Alastor has the blood of spring flowing through him? Because Eurus kidnapped and raped my first wife, a goddess of spring, and then spread rumors throughout Olympus that I was the one who’d mistreated her.” Zephyros came closer still, throwing off Chrys’s attempts to hold him back. “And then, three days ago, Eurus drove lightning through my big brother’s chest in front of my eyes.” He waved out an arm. “In front of all of our eyes. And we were forced to watch him die.”

Grim-faced, Aeolus made to intercede, but Devlin shook his head. Whatever this was, Devlin would take it if it would clear the air between them and allow them to move on. And he understood Zeph’s rage. More than that, given all the ways Eurus had wronged Zephyros, the Western god was completely fucking entitled to it. “I know,” Devlin managed, meeting Zeph’s roiling blue gaze. “And I’m sorry.”

Down deep, it cut to apologize for the wrongs of his father. After all, no one had ever apologized to Devlin, and never would. But should Devlin, by some miracle of Zeus, survive the challenges before him, he would be his father’s successor in the East Wind. He would become a Cardinal Anemoi. And that meant he potentially had an eternity in front of him to work with Zeph and all of these gods. So the wound was a sacrifice worth making. Besides, with so many scars, what was one more?

Chrys punched Zeph in the shoulder and glared at him when Zeph whirled. “He’s offering a fucking olive branch, man.”

Zeph’s gaze returned to him and he shook his head. “I’m not there, Devlin. But I’ll try.”

Better than nothing, he guessed. Devlin nodded. 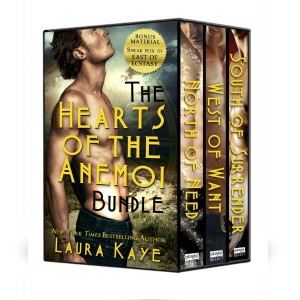 Annalise Fallston made peace with postponing her big-city dreams to care for her ill father, but lately she’s been filled with a restlessness not even her beloved painting dispels. Worse, the colors don’t speak to her as they always have, and all her efforts produce dark, foreboding images of a dangerous man and a terrifying future.

Devlin Eston, black-souled son of the evil Anemoi Eurus, is the only one who can thwart his father’s plan to overthrow the Supreme God of Wind and Storms. But first, Dev must master the unstable powers he’s been given. Distrusted and shunned by his own divine family, he never expected to find kindness and passion in the arms of a mortal.

But Devlin’s love puts Annalise in the path of a catastrophic storm, and in the final Armageddon showdown between the Anemoi and Eurus, sacrifices will be made, hearts broken, and lives changed forever…or lost.

Catch up on the whole series with the Hearts of the Anemoi box set featuring the first three books: North of Need, West of Want, South of Surrender!

The Band of Brothers in East of Ecstasy