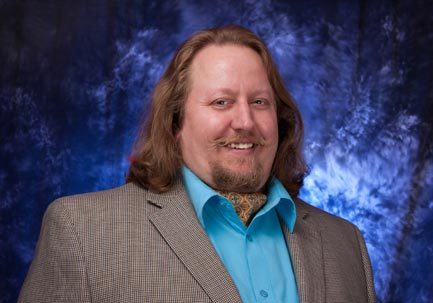 When I was younger, I watched this amazing animated series and then devoured the Jack McKinney novelizations. Somewhere along the way, I realized that the part I would discuss with my friends wasn't the cool technology, or the amazing action sequences --- I was pulled into the wonderful, painful love triangle between Lisa, Rick and Lynn Minmei. All that setting, and there is plenty, only mattered as to how it drove the characters together and apart. And thus an SFR aficionado was born.

When I started writing seriously, I ended up all over the map. I dabbled in most of the speculative fiction genres with varying degrees of success, until I remembered the thing that really caught me about Robotech --- the coolest technology in the galaxy is worthless unless you have someone who cares about you to share it.

So I started writing the stories I really wanted to read --- sweeping tales of galactic empires in decline, and love on the hardscrabble rim of civilization. Romance in both the classical and understood senses of the word, with brave, tough-as-nails women and the men determined to win their hearts. Hopefully, you'll find them as enjoyable as I do.

JC Hay is an SFR Galaxy Award-winning author of Science Fiction Romance, a proud member of Romance Writers of America; the Fantasy, Futuristic, and Paranormal genre chapter; and the SFR Brigade (for fans and writers of Science Fiction Romance). He lives, writes, and knits in an outpost on the edge of habitable space, also known as the Northwest, and is a proud defender of the Oxford comma.