Their Future Depends on His Past

Specialist Rakhi Chen has spent her life focused on taking care of others—her squad mates, her friends, and most of all, her umbra wolf. The last thing she wanted was time to focus on herself, but a combat injury forces her and her wolf into some mandatory shore leave. Having a too-pretty veterinarian invade her space was not going to be an improvement.

Javad Priddy was one of the youngest doctors to work with the rangers and their umbra wolves, a pinnacle position that he’d almost convinced himself he’d earned. But the benefactors whose help greased the way to success have come to collect, and the only payment they’ll accept is one that sets fire to all he’s accomplished. With his options dwindling, he goes on the run to deliver a warning to Chen and her wolf.

Time is running out for Javad, and for the people he cares about, which he’s come to realize includes a gruff, irascible ranger and her light-hearted bondmate. He’s seen rangers do superhuman things, but every hero has a weakness—and Javad worries that the depth of his betrayal could destroy Chen’s already-bruised heart as well as their future. 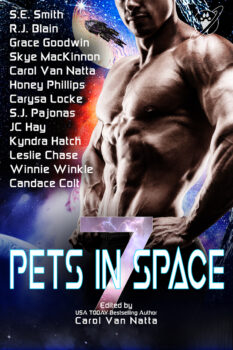