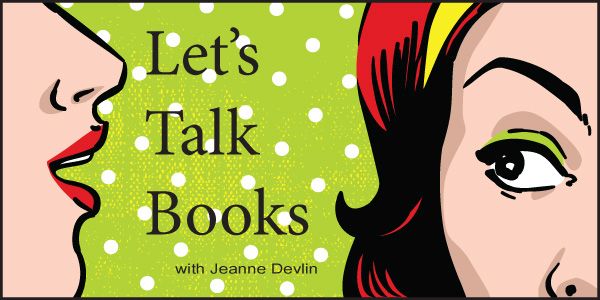 At last count, 700,000 or more new books are published each year—an offering split about half-and-half between traditionally published and self-published titles.

With such a wealth of choices, even the most loyal reader might occasionally miss a book or two — even in a beloved series.

Enter the reissue:  A reader’s chance to read the book or books that got away.

2016 opens with a wealth of titles by some of the biggest names in novels being reissued, and we’ve rounded up several that you might want to make sure get added to your library this time around.

From New York Times Bestselling Author Robyn Carr comes the reissue of Harvest Moon, Book 13 in her Virgin River Series.  A burned out sous-chef retreats to her sister’s home in Virgin River to rest and reevaluate her life; after a few weeks puttering in the garden and cooking heirloom vegetables, Kelly Matlock is getting a bit antsy. Lief Holbrook, a screenwriter and widower with a rebellious stepdaughter, however, may provide both the needed distraction and a reason to stay.

Christina Dodd fans will find January ringing in the return of Rules of Attraction, Book 4 in her Governess Bride Series, with a new cover no less.  The infamous new Marquess of Raeburn is in need of a companion for his elderly aunt, and he submits a very specific list of qualities to the owner of the Distinguished Academy of Governesses:  the ideal candidate would be tall, blonde, twenty-seven years of age, and okay with the sinister rumors surrounding him and the disappearance of his wife.  Academy owner Hannah Setterington both matches the criteria perfectly and is still reeling from her last encounter with the mysterious Lord Raeburn, so before accepting the post she sets down her own rules of engagement.

For her January reissue, New York Times Bestselling Author Diana Palmer revisits not one but two tales, including a fan-favorite in which a woman-hater comes to realize he is the perfect mountain man for one innocent beauty.  Originally published in 1987 as Woman Hater, that western romance, featuring the brooding Winthrop Christopher, returns this month rechristened as Mountain Man in eBook form.  Palmer’s other eBook encore is the 2000 tale of true Texas love, Matt Caldwell: Texas Tycoon.  Matt Caldwell might well be the hardest-hearted man in the Lone Star State, and he’s sworn to stay that way, until his beautiful new assistant walks through the office door.  What’s a mogul to do?  In need of a protector, Leslie Murray can’t help wonder if her new boss might just be the guy who can keep her safe.

It’s been more than seven years since New York Times Bestselling Author Sherryl Woods explored the terrible rift between Jeanette Brioche and her family in Welcome to Serenity, Book 4 in her Sweet Magnolias Series, and this month the story returns (with a new cover), asking the question of whether friends and a career are enough to push a lack of family and love from one’s mind.  Or whether, just maybe, it’s possible to have it all.

2 thoughts on “The Book that Got Away”