Don't Bargain with the Devil

The School for Heiresses Book 5

Don't Bargain with the Devil
by Sabrina Jeffries

Diego Montalvo, a dashing Spanish magician, is determined to find the long-lost granddaughter of a Spanish marques and return her to Spain. He suspects that Lucinda Seton, of Charlotte Harris’s School for Young Ladies, is the woman he’s been searching for. Now, he just has to steal a look at her thigh to confirm a birthmark before whisking her away to Spain to collect his reward. But Diego never suspected his mission would include falling in love….

“Jeffries delivers an irresistible love story with a bad-boy hero, an intrepid heroine, and just the right amount of mystery to pique readers’ interest and deftly hold them under her spell” (Romantic Times). 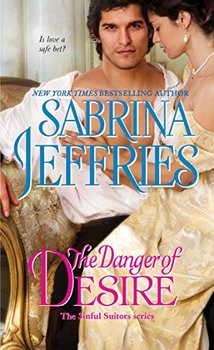