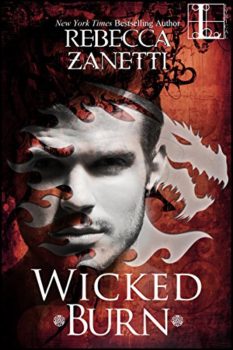 If you love the Dark Protectors, these wicked hot Realm
Enforcers are for you!

Simone Brightston knows she
can beat the rap her enemies are pinning on her. An Irish
witch is nobody's fool, and she didn't get to
her position on the high council without serious power. But
her cousins want her to hide out---and they somehow
convinced her arch nemesis to play getaway driver.

Of
all the men she's known, Nikolaj Veis is the hardest
to intimidate. With his demon-dark eyes and his inscrutable
beauty, he's as desirable as he is dangerous. And he
knows better than to underestimate Simone. So when he pulls
up on a roaring bike and tells her to climb on or fight it
out, she grabs a handful of jacket and holds on tight.
Running from the law may not be the smartest plan. But when
it comes to Nick, hot pursuit and a blazing fast ride are
exactly what Simone's looking for . . .