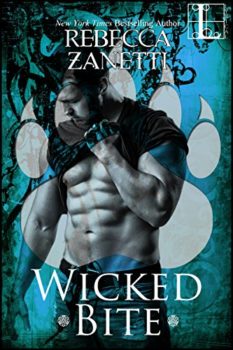 As she hunts for a drug lord killing her fellow witches, all Tessa Lansa's instincts point to the Grizzly motorcycle club. That might be because their leader, Bear, is the strong, silent shifter type: warm brown eyes and more muscle and alpha male than any woman can ignore. Which makes Tessa's plan to seduce and betray him all the more dangerous . . .

Bear doesn't trust the curvy, blue-eyed witch. But Tessa can heal the injuries that sap his strength. And since he can't stop thinking of her lush body and teasing smile, her plan to mate him to reclaim her own power is highly tempting. Just one problem. Once a desire this wild is loose, no one will ever control it . . .