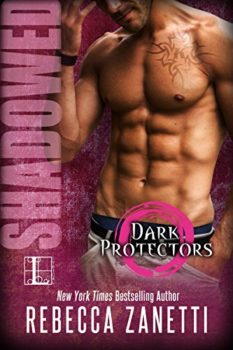 Danger signs rise off Jase Kayrs like steam---the scars, the secrets, the strength. He's got a mission, and he's not interested in much outside of it. Except Brenna Dunne.

Brenna was an ass-kicking, name-taking witch---before the poison that's killing her sapped her powers too. She knows there's more to Jase than a handsome face and an ugly history. But there's no time to find out what. Taking him as her mate might save her life. But once she unleashes the force of his desire, there will be no turning back...

Ready or not, here they come...

Published October 21, 2014 in trade paperback exclusively by Books a Million for a limited time for Kensington Publishing (Lyrical High Notes).