My Fair Lover
by Nicole Jordan

Nicole Jordan's irresistible Legendary Lovers series continues in this sizzling twist on My Fair Lady, as a bewitching beauty and a rakish sea captain trade favors . . . and tempt fate.

Lady Katherine Wilde believes she has crushed any lingering romantic feelings toward Brandon Deverill, who spurned her six years ago. And now that the rough-edged rogue needs polishing to claim his inheritance, she's willing to strike a practical bargain: Kate will mold the brash privateer into an acceptable English nobleman if Deverill will safeguard her from brigands on a voyage to recover lost family treasure. However, the soul-melting kiss that seals their agreement just may reignite blazing passion.

Brandon's fortitude was sorely tested when he turned Kate away from his bed all those years ago. Even a rake such as he wouldn't seduce an innocent beauty before sailing into battle. But now that he's inherited a title and must take a suitable bride, he sets his sights on Kate. Though he fiercely desires her, true love is a notion that baffles him---until their adventure turns perilous and Brandon realizes he'd gladly trade his life to save the woman who has captured his heart. 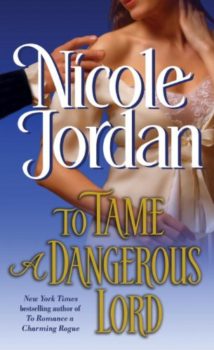