A Song to Call Ours
Front Porch Promises Book 5 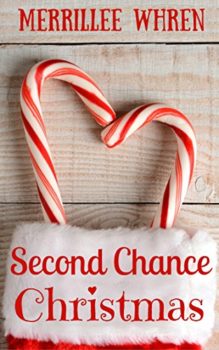 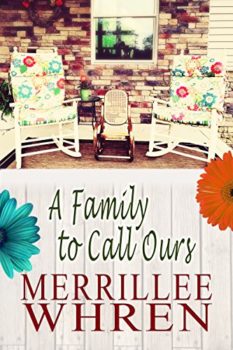 A Family to Call Ours
Front Porch Promises Book 4

Merrillee Whren is the winner of the 2003 Golden Heart for Best Inspirational Unpublished Manuscript given by Romance Writers of America. She has also won the 2006 Romantic Times Reviewers’ Choice Award for Best Love Inspired of 2006, the Georgia Romance Writers’ Maggie Award for Excellence, and the 2016 Inspirational Reader’s Choice Award. Merrillee’s writing journey has had as many stops along the way as her life’s journey. She wrote her first novel while she was in high school and shared it with her friends. However, many years passed before she considered writing anything for publication. Finally in 2004, after writing and revising eight manuscripts, she made her first sale. THE HEART’S HOMECOMING was an August 2005 release from Harlequin Love Inspired. Because she loves stories with happy endings, she is thrilled to be writing inspirational romance, stories with emotional and spiritual happy endings. Merrillee is an active member of Romance Writers of America and a member of several of their local chapters, Faith, Hope and Love, Saguaro Romance Writers, which meets in Tucson, AZ. She is also a member of Novelists, INC. She is married to her own personal hero, her husband of forty-plus years, and has two grown daughters. She has lived in South Dakota, Montana, Spokane, Cincinnati, Atlanta, Boston, Dallas, Chicago and Amelia Island, but now makes her home in the Arizona desert. When she’s not writing or working for her husband’s recruiting firm, she spends her free time playing tennis, bridge or walking while she plots her novels.
* This site contains affiliate links to products. We may receive a commission for purchases made through these links. Specifically, Writerspace is a participant in the Amazon Services LLC Associates Program, an affiliate advertising program designed to provide a means for website owners to earn advertising fees by advertising and linking to amazon.com, audible.com, and any other website that may be affiliated with Amazon Service LLC Associates Program.