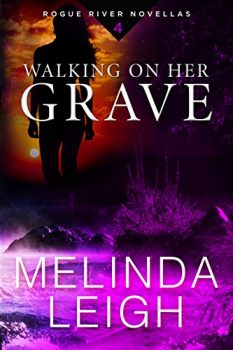 Walking on Her Grave

Walking on Her Grave
by Melinda Leigh

The electrifying conclusion of the romantic suspense novella series from Melinda Leigh and Kendra Elliot.

The sleepy town of Solitude, Oregon, has turned into ground zero for a turf war between the manufacturers and distributors of a lethal new drug. When a teenage witness disappears, social worker Carly Taylor must find him before he's silenced permanently.

Rogue County investigator Seth Harding wants to keep Carly, his estranged wife, out of harm's way, but she refuses to let his concern keep her from doing her job. When one of her young charges vanishes, Carly gets pulled even deeper into the deadly case, and Seth knows he must help her...even if it leads them right into the criminals' crosshairs.

Explosive and exciting to the last page, Walking on Her Grave is the fourth and final thrilling addition to the new romantic suspense series from Melinda Leigh and Kendra Elliot.