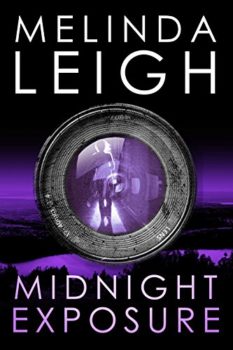 When two hikers disappear from their hometown in Maine, everyone blames the blinding storms. But the truth is far more sinister. Unaware of the danger, tabloid photographer Jayne Sullivan follows an anonymous tip to find the most reclusive sculptor in the art world. Instead, she finds mysterious handyman Reed Kimball---and a small town full of fatal secrets.

Five years ago, Reed buried his homicide detective career along with his wife. But when a hiker is found dead, the local police chief asks Reed for help. Why was a Celtic coin found under the body? And where is the second hiker? Desperate to avoid the media, Reed doesn't need a murder, a missing person, or a nosey photographer. Until Jayne is attacked, and he realizes that her courage is his undoing. Reed must risk everything to protect her and find a cunning killer.