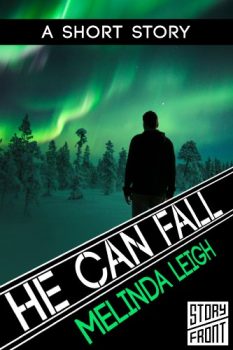 He Can Fall: A Short Story

He Can Fall: A Short Story
by Melinda Leigh

When security expert Sean Wilson takes his wife, Amanda, along on a business trip to an isolated bed and breakfast, he's hoping to combine work and pleasure. But when four armed men storm the inn and take the staff and his wife hostage, the romantic getaway is over. A former army Ranger, Sean will do anything to save his wife, and when he finds the seven-year-old granddaughter of the innkeeper in the snowy woods, the situation becomes more dire. Sean must get the child to safety, but as the armed men become increasingly hostile and violent, Amanda's life is also on the line. Cut off from help and spurred by desperation, Sean and Amanda must make hard choices that could get them all killed.