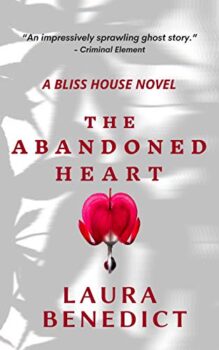 The Abandoned Heart
by Laura Benedict

Witness the tragic beginnings of Bliss House through the lives of three very different women who each arrive at Bliss House filled with hopes for a better life.

Kiku—a teenage girl—dares to look for goodness despite having been kidnapped from her Japanese fishing village, enslaved in a New York brothel, and purchased and brought south by Randolph. Young and intuitive, Kiku knows real evil in the ways of Randolph Bliss and men like him, and watches warily from her small cottage as Bliss House rises in the clearing on the other side of the woods. Amelia Bliss, a Long Island heiress, and Randolph’s first wife, arrives when the house is completed. All she wants is a better life for their emotionally troubled little girl than the one they had among the blueblood gossips who believed she should be institutionalized. What Amelia finds is isolation in an alien land, and a small town full of secrets no one will share. Years after Amelia is finally driven from Bliss House by a series of shocking events, Randolph seduces Lucy, the fun-loving daughter of the local priest, and makes her his second wife.

Three brave women, and their children. Too many lives manipulated and controlled by one man. But is he really in control? Bliss House becomes a part of them, as well, and somehow they will make Randolph pay—even from beyond the grave.

The Abandoned Heart is part of the Bliss House Gothic Series of books, which also includes the novels Bliss House (Contemporary) and Charlotte’s Story (1950s). The books can be read in any order.

Originally published October 2016 in hardcover and eBook and September 2017 in trade paperback by Pegasus. 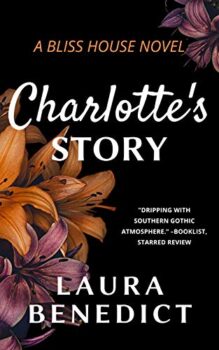