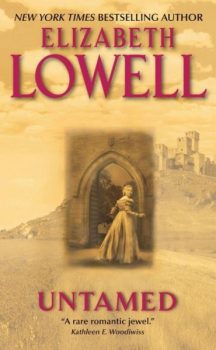 A hero of the crusades, Dominic le Sabre has return to scotland in glory and in triumph to claim his reward: the beautiful Saxon bride awarded to him be the conqueror king.But Lady Margaret of the Blackthorne cannot yield to the bold Norman invader. The beloved daughter of a sacred tribe of the celtic mystics, she fears an ancient curse that could bring further turmoil to her battle-scarred land...and sorrow to her marraige bed. With a word, the lady could turn her wedding into war. But there awaits in the noble knights embrace a promise of passion unbound—and a love that neither violence nor treachery can tear asunder, a love both invincible and...