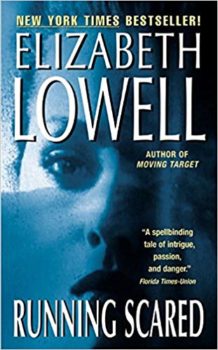 In the scorching heat of the Southwestern desert, a frightened old man knows his time is quickly running out---as the bad karma of his own good fortune is finally closing in on him, after fifty years.

Risa Sheridan knows everything there is to know about gold; and her boss, Shane Tannahill, is addicted to the stuff, having already made the precious metal the theme of his ultrasuccessful Las Vegas casino. Now an ancient Celtic piece is being offered to Shane, with the promise of more to come, and the casino owner is hooked. Risa, however, is wary---because something about this particular artifact says "stay away."

Soon people are dying all around Risa and Shane, as the wrong hands reach out for a remarkable golden treasure wrapped in a terrifying conundrum that dates back to the time of the druids. However, it is a more contemporary danger that is drawing the beautiful gold expert and her gold-loving employer closer together---and is placing them in the center of an insidious plot to destroy Shane Tannahill and everything he's struggled so hard to build.