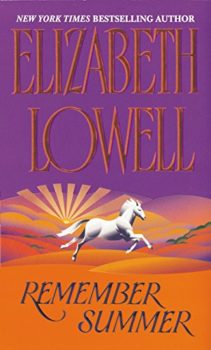 The most grueling challenge of Raine Smith's equestrian career looms before her---the Olympic Games. Little does she realize that she's about to face greater perils in the arms of a stranger than she's ever found on the back of her horse.

Cord Elliot is a man trained to deflect disaster and his mission is to ensure that Raine Smith remains untouched by sudden gunfire at the Summer Games. Yet from the moment Raine meets Cord's ice-blue glance, she knows he's more hazardous to her heart than a sniper's bullet. Falling for a man who answers to the call of intrigue and holds secrets that can never be shared is to endure the broken promises, unexplained absences, and constant danger that come with his profession. But in the fiery passion of irresistible love, a summer to remember seems worth any risk.