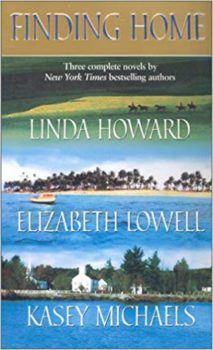 Three women with nothing but their dreams of finding a real home, a place to belong.

Duncan's Bride by Linda Howard
Madelyn: She'd moved to Montana to marry a man she'd never met. Once there, would she settle for anything less than Reese Duncan's heart?

Chain Lightning by Elizabeth Howell
Mandy: A plane crash had stolen her family, and the ocean still terrified her. But now, trapped on the Great Barrier Reef with enigmatic Damon Sutter, she began to live again . . .

Popcorn and Kisses by Kasey Michaels
Sharon: She dreamed of celebrating the past but businessman Zachary St. Clair had other schemes. Would he ever see the true wealth Sharon offered?