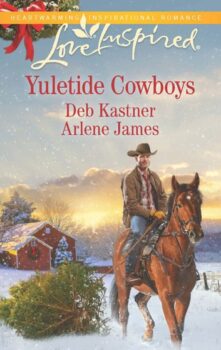 When Sarah Kendrick meets her high school sweetheart again, she's ashamed to show Marcus Ender how far she's fallen. But when they're snowed in on her ranch, and he returns holiday joy to her family, Sarah could have a merry Christmas...if she'll say yes.

An injury forces rodeo rider Matt Ender home to his family's ranch---where he clashes with his grandmother's pretty business partner.

Former cowgirl Neely Spence has no time for love. Can they open their hearts and find family this Christmas?