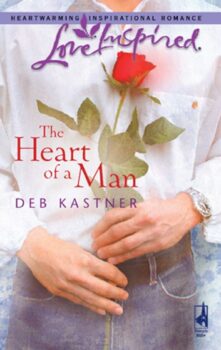 The Heart of a Man

The Heart of a Man
by Deb Kastner

Money wasn't the answer, as far as Dustin Fairfax was concerned---not unless you could use it to help others. Of course, there was the little matter of his trust fund to contend with---who would have thought his late father would demand he be "made over" before he could receive it?

It was the biggest challenge of personal-image consultant Isobel Buckley's career --- turn a flower shop owner into a polished, urbane man. Image was everything, after all, particularly to this high-strung beauty. Her new client's carefree life was certainly not the "in" thing, but the kind heart beneath his pinstripes might just convince her that love was back in style.