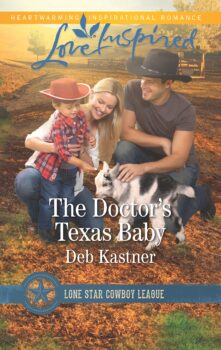 When Carolina Mason shows up in Haven, Texas, after a three-year absence, no one is more surprised than town veterinarian Wyatt Harrow. Especially when he sees Carolina's two-year-old son, Matty.Theirson. How could she have kept his child a secret? Carolina doesn't deny the boy is his. She thought she was doing what was best for everyone when she left, but she realizes she was wrong. Though Wyatt is eager to make up for lost time with Matty, Carolina's not so sure that extends to her. Can these former sweethearts navigate their complicated past to make a family for their son?