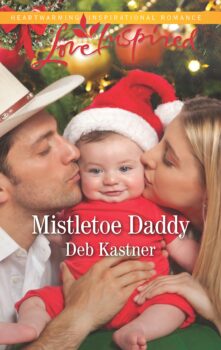 Countdown to a Christmas Baby

After Vivian Grainger buys him at the town's charity bachelor auction, Nick McKenna feels obligated to provide his carpentry skills. He'll help the bubbly blonde construct her dream spa and beauty shop in time for Christmas---but the burly cowboy won't be sticking around. When he realizes Vivian is pregnant, though, everything changes. Seeing the joy she brings to everyone around her despite the difficulties she's overcome, it's clear to Nick that Vivian---and her child---are what's missing from his life. As they build her dream shop together, Nick will do his best to build a path to Vivian's heart.