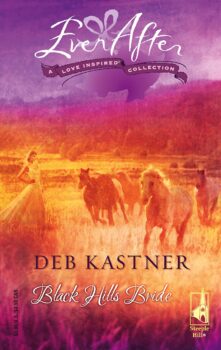 Though Dixie Sullivan knew it was God's plan that she come to the beautiful South Dakota woodlands to open a retreat lodge, she'd never felt more alone or underqualified. Until God provided help in the form of a stray Border collie and a handsome cowboy. But Erik Wheeler was anything but an angel as he stormed into Dixie's orderly life with the force of a tornado. Dixie could see skepticism in her new foreman's eyes, yet she soon proved that with faith and determination, miracles could happen. And as Erik turned her dreams into a reality, she wished for an even bigger miracle--one that would make her Erik's Black Hills Bride!