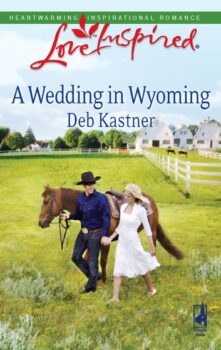 A Wedding in Wyoming

A Wedding in Wyoming
by Deb Kastner

Jenn Washington has spent years avoiding questions about her love life. This year she's finally found a way to take the focus off herself at the annual family reunion. Sending herself some flowers from "John" should appease her relatives, until her pretend boyfriend arrives at the front door in the flesh! Johnny Barnes has his own reasons for playing along with Jenn's ruse, and his growing attraction for her is only one of them. But secrets from her past and his present could make it harder for this rugged cowboy to make Jenn the bride he's always wanted.