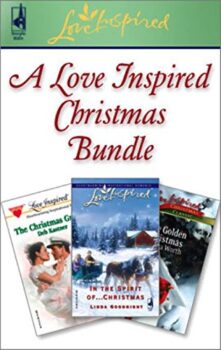 A Love Inspired Christmas Bundle: An Anthology
by Deb Kastner

In these heartwarming, inspirational tales of romance, an embittered single father, a commitment-wary Navy man and a disillusioned widower rediscover their faith and the power of love in the warmth of the Christmas season. Bundle includes In the Spirit of...Christmas, The Christmas Groom and One Golden Christmas