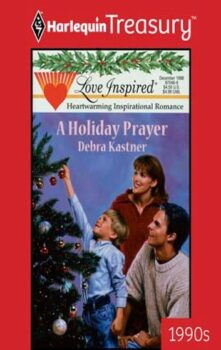 A Holiday Prayer
by Deb Kastner

A MASQUERADE BALL. A MASKED STRANGER. A STAR-FILLED NIGHT...

From the first, Maddie Carlton felt that she'd met mysterious Rory March before. Now, he'd appeared on her doorstep when she least expected---and vanished just as swiftly.

Yet, at each visit, Rory brought Maddie and her boy the warmth of joy their lives had been missing for so long---ever since the tragedy that had taken her husband.

But who was "Rory" really? And could the man who'd restored her faith---and saved Christmas for her son---teach Maddie to love again?